That’s how we have to look at it right now.  With a very intense 10th
inning now completed, the Orioles held on and beat the Red Sox today,
7-6.  This ends their 3 game series for the weekend, and brings the birds
back home for a bit.

It truly was a thriller.  It was a back and forth game through the end,
where luckily the O’s stopped the Sox from continuing the lead change trend.

Tim-e
to Wake-field up:  Well, we faced Okajima and the fiery Bard after
Wakefield left, and those guys were surprises to our hitters.  While we
did get the tying runs off of Okajima, it was a rude awakening call facing a
guy that throws higher than 85.  Wakefield surprised me today.  I
never realized how slow he was.  He didn’t break 82 on the day.  The
movement must be insane to see in person because other than the movement, there
is no reason any player shouldn’t be slugging off of him.  He pitched
great against us only letting up 2 ER in 6.2 IP with a 5:1 K:BB ratio. 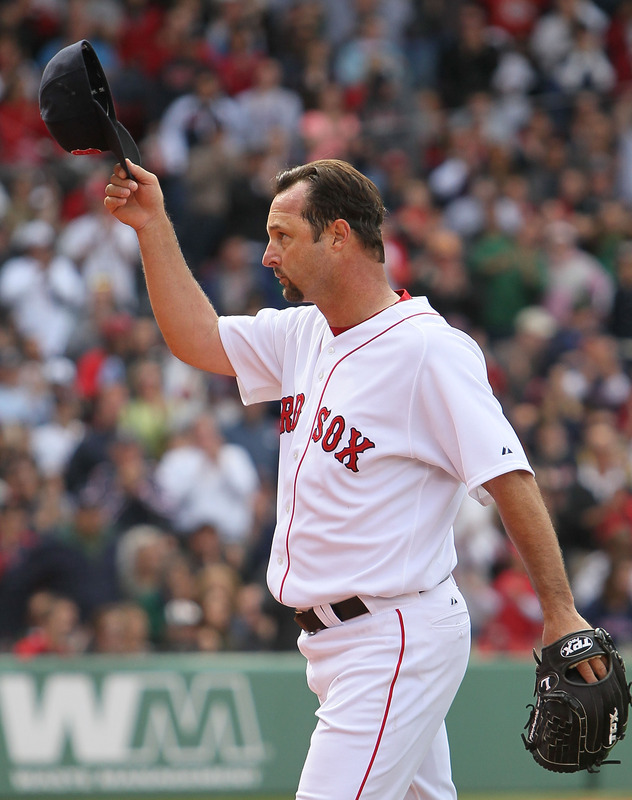 Hernandez
came out on top of his stuff basically.  Was not as good as in Spring
against the Red Sox when he shut them out in his last start with 7 Ks, but not
far off.  He hasn’t kept up with the strikeouts lately, with a 1:3 K:BB
ratio today.  Letting up some hits and not getting into batter’s minds, it
was no more than an okay performance.  On the bright side, he didn’t get
the loss, which wasn’t deserved with his good outing.  2 of his 3 ER were
because of the inherited runners that he left on which scored off of Hendrickson.
5 full innings though of shutout baseball is a great stat to see.  He also
has stuck down on his pitches and has still not let up a HR this year, which
was his rough point last year.

Hendrickson
and Berken each had solid stints, both letting up runs though.  Looking at
their outings, neither was off their game, but just had some bad luck with
solid Red Sox hitters making good cuts.  Trembley used Castillo for 2 outs
late in the game.  JJ came on for an extremely positive appearance, , holding
the score and forcing the game into extras by getting the Red Sox out in the 9th
despite a leadoff single by McDonald who was eventually advanced into scoring
position before the inning ended.

Andre
Beltran:  Yea, I know that isn’t a player’s name.  There is an Adrian
Beltre.  I remember when the Red Sox picked up Beltre in the offseason,
and I got an ESPN update text saying the Red Sox got Andre Beltran.  At
that point, I had no idea what they were talking about.   Maybe a
nobody?  Well, he’s made a name for himself today.  Just on defense,
the game started off with 2 bobbling errors on back to back Orioles hitters
grounding to 3rd (they ended up only crediting him with 1).
Ever since those moments, he has been a gold glover at 3rd. He
has robbed Tejada of RBIs, and a bunch of other guys too.  He has been
making spectacular dives and grabs throughout the entire game.  Through 3
innings, 7 out of the 13 balls hit in the field were to Beltre.  So his
position demanded some nice plays out of him, which he definitely provided.

It
was interesting watching the short popups in left field today.  On the
first one, which Reimold caught, Izturis actually fell over from running into
Reimold.  After that, the three guys (Reimold, Tejada, and Izturis) all
communicated and stuck through the game with no errors.  Props to Reimold
also early in the game with a long running catch in left.  Proud he
finally held onto one of those.  I have been doubting him a lot in terms
of his abilities in LF.

Hitting
and the end:

The
O’s actually had a 1-0 lead through the 5th.  Now most people
at this time would think maybe Wigginton or Markakis had an RBI early.
Wrong.  In the 2nd, with 1 out (a Wigginton groundout), Rhyne
Hughes stepped up and smacked a double to the left center gap.  Craig
Tatum then stepped up, and unexpectedly got an RBI single.  Props to him
for the clutch hit.

As
the game continued, that left center gap became popular, especially balls off
the wall.  Most balls today were hit towards left, whether to the outfield
or to 3B Beltre.  No performance was too great at the plate, but the
hitting highlight of the day was that our 1-9 hitters all got at least one hit,
4 of which got 2 a piece.

Very
exciting stuff today.  Showed a lot of offensive firepower late which they
have been doing in this series.  It is a good sign.  Before the 8th,
the only guys with hits were the 1, 2, 8, and 9 slots (as opposed to last night
when 2-7 all had multi-hit games).  Coming up with intensity in the 10th,
here’s the overall summary of how we took a 7-4 lead:

The
hitting is really coming around.  14 hits as a team today, .311 as a team,
but once again with 10 LOB they are not producing as much as they could
be.  Also, the 10 Ks against us really hurt too, with 3 in a row by Bard,
striking out the side in the 9th.

To
me, it was sad that we couldn’t enter the bottom of the 10th and be
a quality baseball team and have a 1-2-3 inning.  Is it a requirement for
the Orioles to always worry their fans with late inning runs by the opposing
team, especially in situations of extra innings like this one?  I guess.
But at least we held onto it.  Props to JJ for not losing his cool.
No defensive woes, but maybe it was just that JJ should have been taken out
instead of going more.  Who knows.  Either way, we got the W.

After
2 losses of one run each, this win is something the team needed.  Now,
hopefully they can rest on this off day, get their gloves back together, and
bring the same stuff out against the Yankees.  It will be the top of the
rotation on Tuesday, and hopefully we can even sweep the Yankees.  They
might be doing well, but the offense we are producing may be the key to
overcoming the Yankees steroid and money driven lineup.  Hopefully, also,
we can bottle up this quality work by the bullpen today, especially JJ, so that
we won’t have to rely on a lot of work by a slumping guy like Fat Albers.
Millwood, Guthrie, and Matusz will all hopefully keep up with their solid
seasons so far so that this lineup can come out and give the O’s some wins.

Could
we somehow have one of those high scoring games where you can tell by the 6th
That’d be nice.  I hope we can find some type of game or two like
that.  Maybe even the series win over the Yankees.  Now that’d be
impressive.  Just no more of these nail-biters.  I’m running out of
nails. inning that we win and are up by 5+? 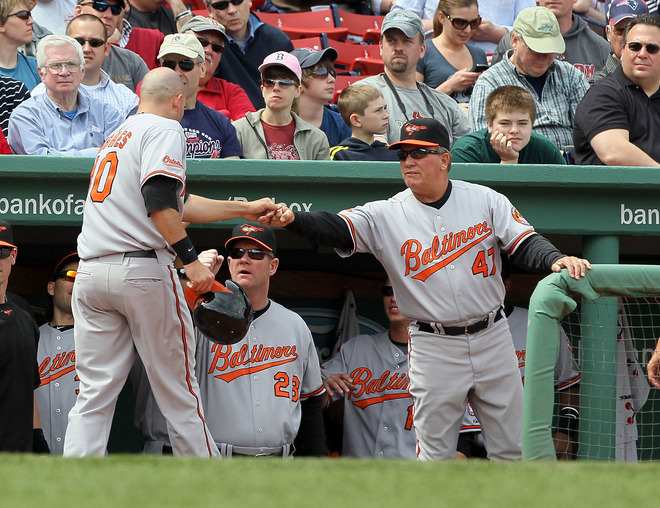